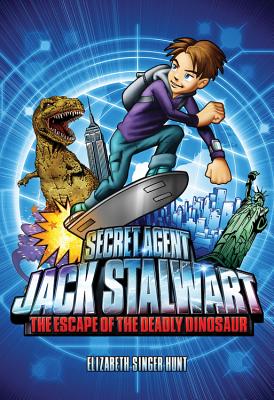 This is book number 1 in the The Secret Agent Jack Stalwart Series series.

In The Escape of the Deadly Dinosaur, Jack zooms to the city that never sleeps to try to solve the mystery of the missing Allosaurus toe. Starting at the Natural History Museum, Jack's detection takes him to a competitive grade-schooler determined to win the science fair with his experiment crossing his own dog with the DNA from the bone of a dangerous, carnivorous dinosaur. Soon the gargantuan creature is terrorizing New Yorkers and Jack must stop him before he devours the animals in the Central Park zoo!