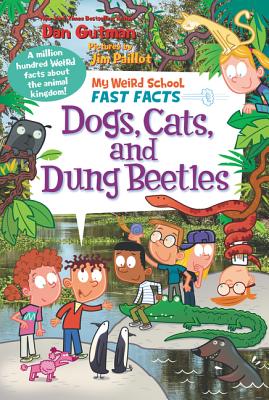 Think fast with A.J. and Andrea from My Weird School!

Whether you’re a kid who wants to learn more about animals or simply someone who wants to know which animal is faster than an Indianapolis 500 racecar, this is the book for you!

With more than 12 million books sold, the My Weird School series really gets kids reading!