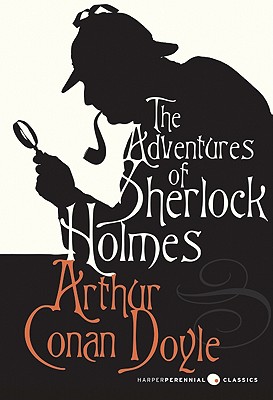 The first collection of stories featuring the legendary detective Sherlock Holmes, one of the most famous and beloved detectives in fiction.

In the riveting tales collected in The Adventures of Sherlock Holmes, the sleuth of 221B Baker Street and his steadfast companion, Watson, set out on the dark, foggy streets of late Victorian London to solve England’s darkest mysteries and unearth its most closely guarded secrets. In these stories, the beloved detective uses razor-sharp logic and brilliant analytical reasoning to rescue a king from blackmail, find a missing fiancé, infiltrate an opium den, and solve many other mysteries. The adventures of Sherlock Holmes remain as thrilling, surprising, and entertaining as they were more than a century ago.

Sir Arthur Conan Doyle was born in Edinburgh, Scotland, in 1859. Before starting his writing career, Doyle attended medical school, where he met the professor who would later inspire his most famous creation, Sherlock Holmes. A Study in Scarlet was Doyle's first novel; he would go on to write more than sixty stories featuring Sherlock Holmes. He died in England in 1930.